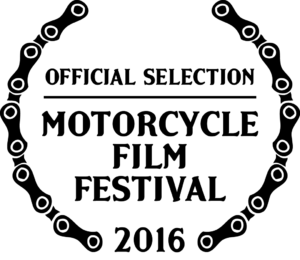 21 Days Under The Sky
Liza Liza Skies Are Grey

How to be deadly

Arrows Of Fire
How to be deadly
Klocked: Women With Horsepower
Mancini, The Motorcycle Wizard
Motonomad II: Riders Of The Steppe
Now I Will Arrive
Take None Give None
That’s All Mine
The Indian Wrecking Crew

at The Gutter, Williamsburg Brooklyn 11211.

Film screening times and tickets on sale ON THE WEBSITE! 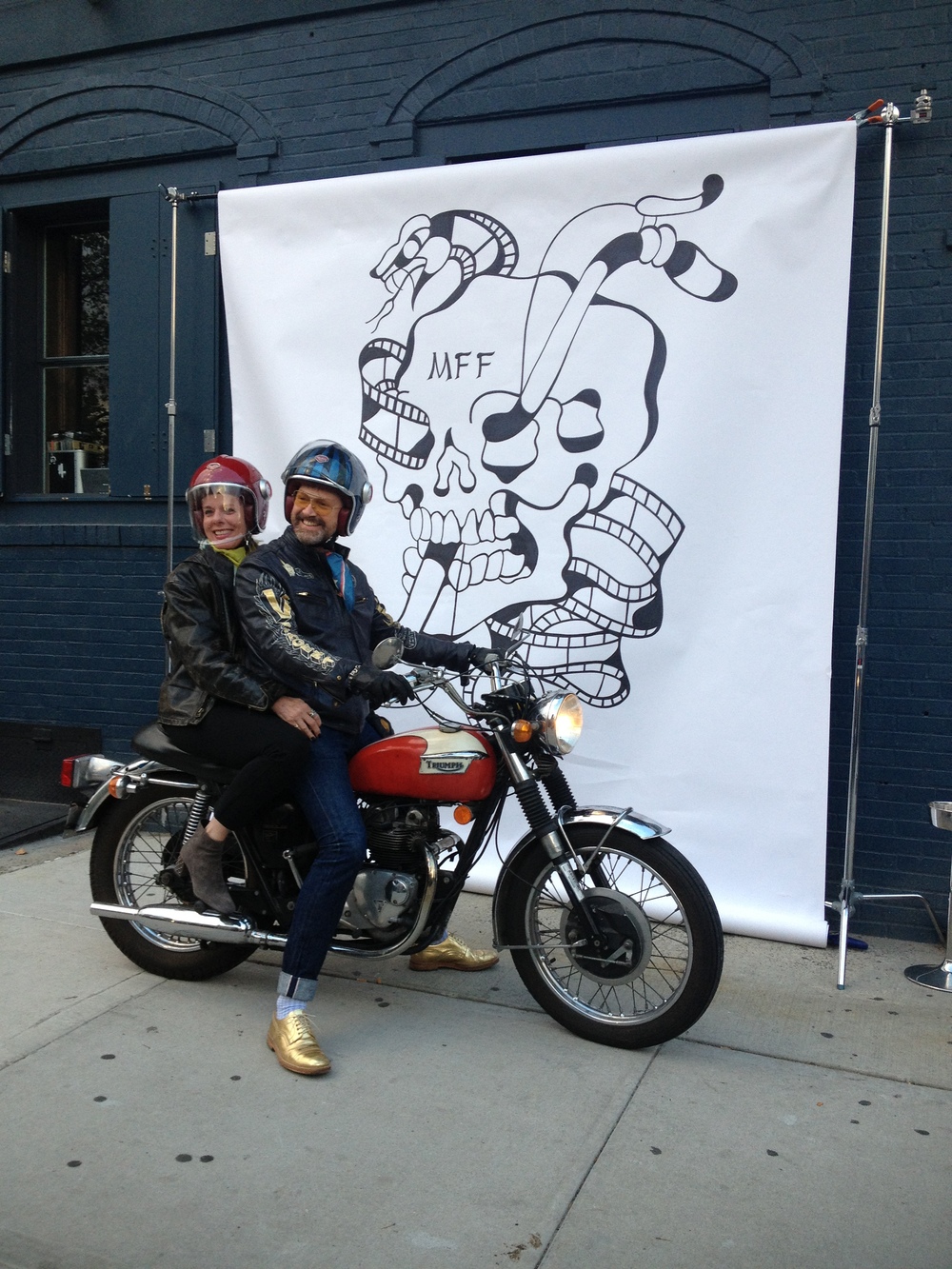 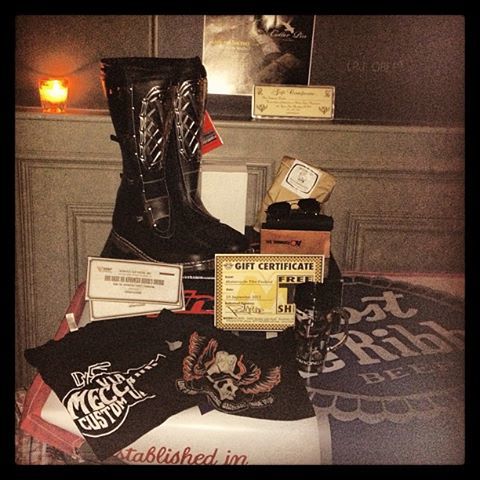 1 day to go: Updates and see you tonight at the Pre Party! Yowsa! The updates are coming in to fast to post. Here’s a few updates…
Dear friend of the MFF Jessica Meany spent all day yesterday over at Haven Press hand silkscreening the limited edition, 1st Annual 2013 MFF posters designed by Adam Nickel. Wait til you see them in person, they look amazing!

Limited edition 2013 posters, hand silkscreened on 100cc French Paper, measuring  22″ x 14″, will be available for purchase at the festival and online shortly. Check out the MFF STORE. Last night we had a few friends over to do some DIY prep for the fest. Programs and VIP passes were assembled, T-Shirts folded, and sponsor contributions for the unbelievable Raffle Bags (one bag for each of the Thursday, Friday and Saturday after parties) valuing an average of $2000 each! were sorted. It took all night, but while the assembly line churned, we cooked them up a lovely dinner of linguini & mussels in a white wine butter sauce, mozzarella & prosciutto on tomato slices, perfectly rare steak, and a nice bottle of wine. Thanks guys! these are 2 color ink on a super soft and fitted, heathered black tee. These are 2013 collector shirts, and will only be in production for a few months.  Limited quantities will be available for purchase at the festival for $30. They are also available online at the MFF STORE.

That’s it for now. See you tonight at Lady Jay’s for the first annual MFF 2013 pre party!

7pm: Roll by for a PBR, chat with the filmmakers, founders and judges, AND for our  VIP Passholders, there is FREE BBQ, courtesy of Lady Jay’s. BBQ is also available for purchase.

We are thrilled to announce that Saint Vitus Bar will host the First Annual 2013 Motorcycle Film Festival! Saint Vitus1120 Manhattan Ave., nr. Clay St., Greenpoint
The upper reaches of Greenpoint have lately joined the blocks around Mars Bar and Hank’s Saloon as a locus point for rock-and-roll misfits. Their new hangout, Saint Vitus, is a lofty space bouncing with red candlelight and a knobs-to-eleven soundtrack of goth rock and metal. At the front bar, roadie types sling beer-and-shot combos (a Brooklyn Brine pickleback with a Coors tallboy is a good choice). Bands perform in back, and soon, live-band karaoke will fire up.