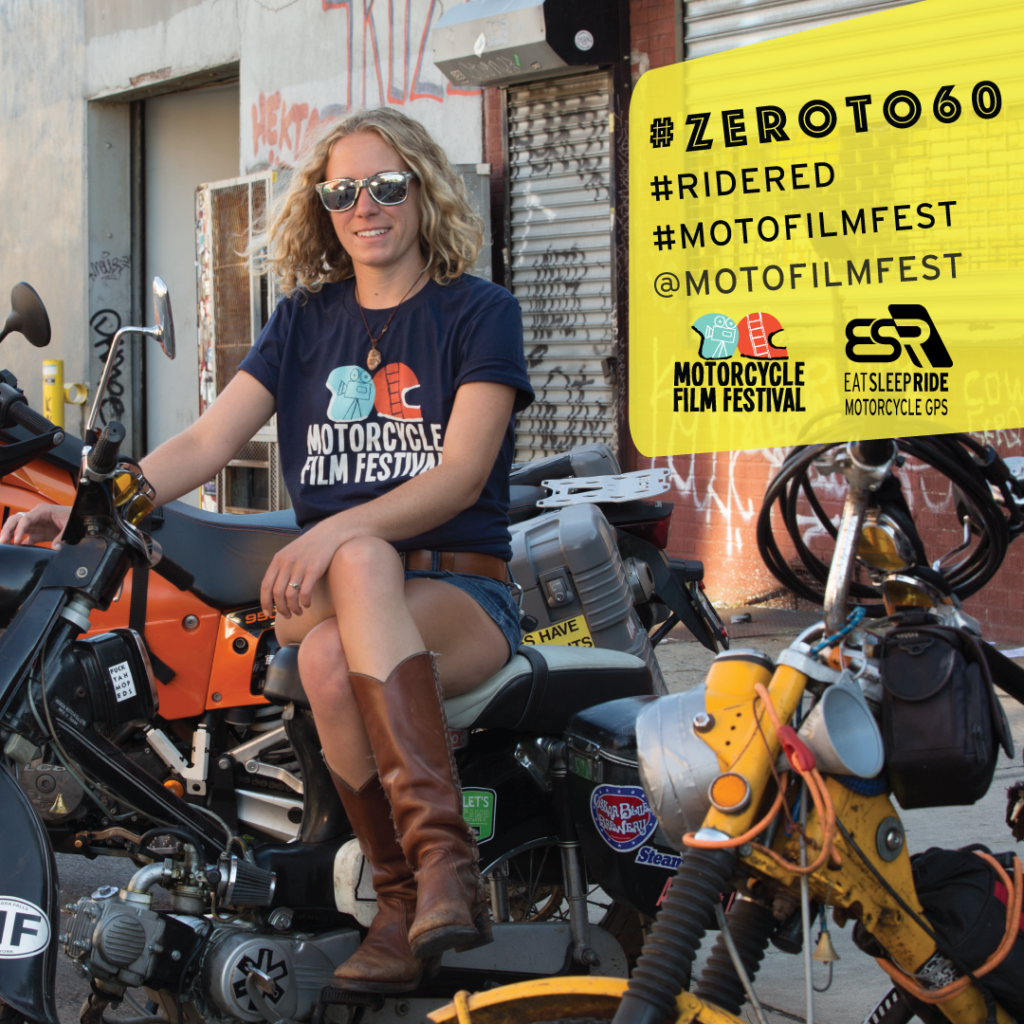 The Motorcycle Film Festival, in association with EatSleepRIDE and with the participation of Honda, announces a call for entries to the #ZeroTo60 moto movie contest.

Burgeoning and established film makers are invited to submit their moto movies on Instagram in two categories 1) Most Liked and 2) Judge’s Prize starting Monday, August 1 and closing Thursday, September 1, 2016.

Both award-winning movies will be featured at the 4th annual Motorcycle Film Festival in Brooklyn, on the MFF website, and will travel the globe on the MFF world tour. In addition, each winning filmmaker will receive a VIP all-access pass and a gift pack courtesy of our partners.

Get those cameras and smartphones rollin’! The contest launches August 1 and runs through September 1, 2016.

-Submissions must contain all three hashtags to be considered valid: #ZeroTo60 #motofilmfest #ridered

-Movies must comply with Instagram policies including nudity (if not, we won’t ever see them)

This promotion is in no way sponsored, endorsed or administered by, or associated with, Instagram

About the Motorcycle Film Festival

The annual New York City based festival brings together established and young film makers, riders, builders, enthusiasts, and industry executives to present compelling and engaging films, installations, and panel discussions. Recognized as one of the world’s most important motorcycling events, past festival participants and entrants have received international recognition, secured commercial distribution and funding, and enlightened worldwide audiences. For more information and to purchase tickets to the 2016 Motorcycle Film Festival, please visit motorcyclefilmfestival.com. You can also follow MotorcycleFilmFestival on Facebook and motofilmfest on Instagram.

EatSleepRIDE is proud to support the Motorcycle Film Fest! Get the EatSleepRIDE app free at https://app.eatsleepride.com and ride anywhere.