We are thrilled to present the official trailer for the 3rd annual MFF 2015 by filmmaker Daniel Rintz. Daniel won “Best Of Festival” at the 2nd annual MFF with his film “Somewhere Else Tomorrow“. With the support of Honda, the MFF was able to fund Daniel in filming a trailer for this year’s festival. No small feat as he is still on the road with limited means.

It was a such a great experience to work with such a talented filmmaker and get updates like these throughout the process. 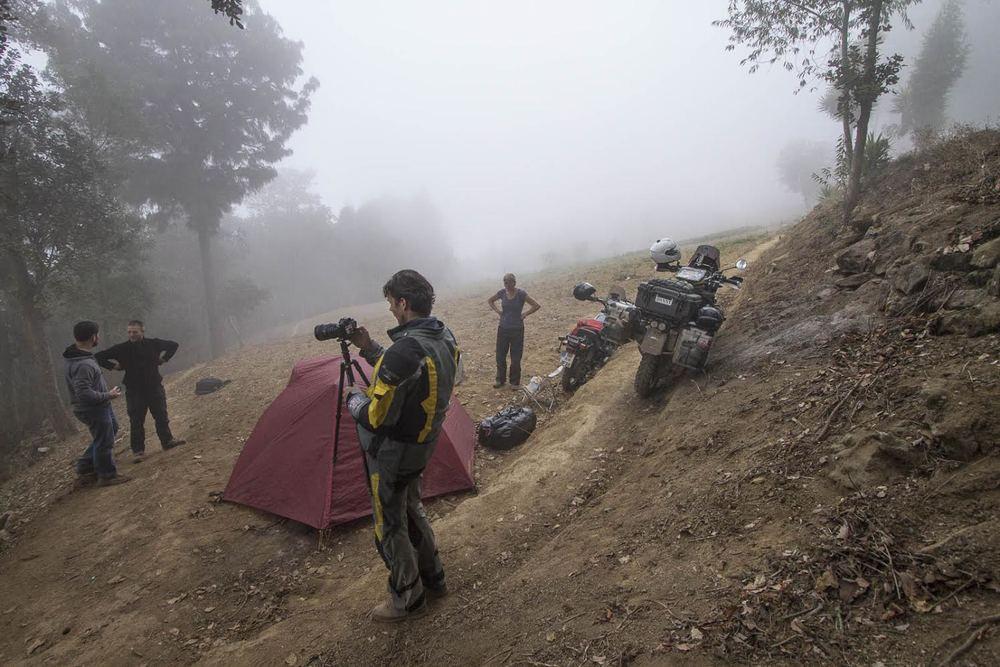 We’ve captured the last missing shots for the trailer yesterday. The weather wasn’t cooperating until then, but now we’re very close getting it finished. 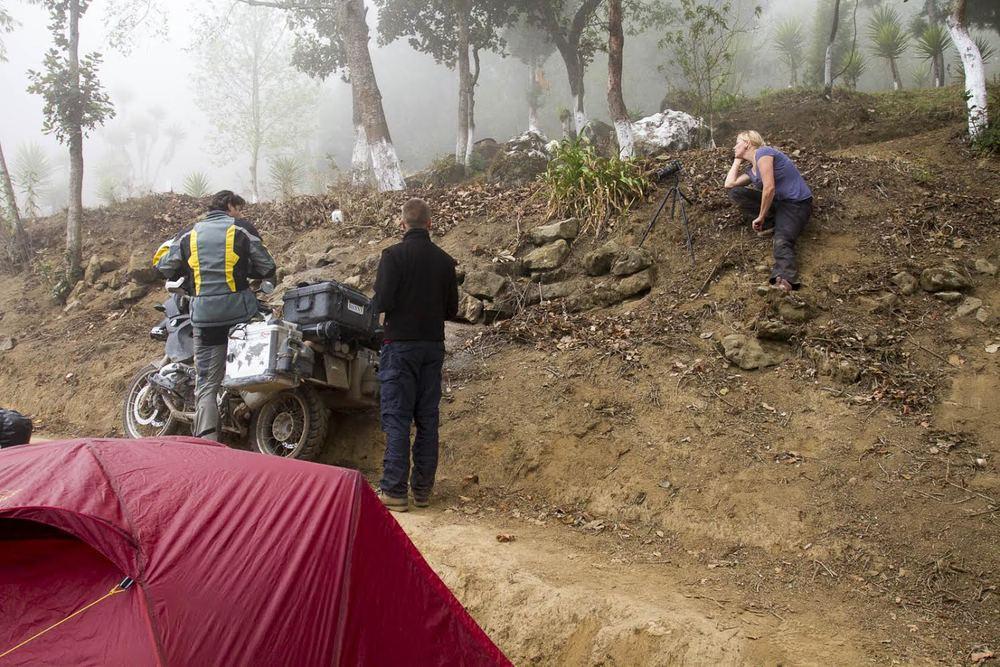 The other day got almost killed filming. We shot footage on a very nice narrow and windy road; it was newly paved. Several cars stopped and told us to “get lost”. Finally when one of them threatened to “make a phone call” we immediately left the scene. We talked to some local friends about it the next day and found out this road was only buildt and paved so they could extract Gold from the mountains in the region more easily. The people who threatened us were indigenous and do not in the least profit from the natural resources. Instead their kids are born blind, woman get sterile, and diseases are through the roof, only because they depend on the water of the land, which is now polluted because of the mining. The mining company is – of course – American. The corrupt Guatemalan government made a quick buck by selling the land to greedy corporations. We look like Gringos to the indigenous and they immediately hated our guts for obvious reasons. There was no explaining our way out of it. But we acted in time and got out. 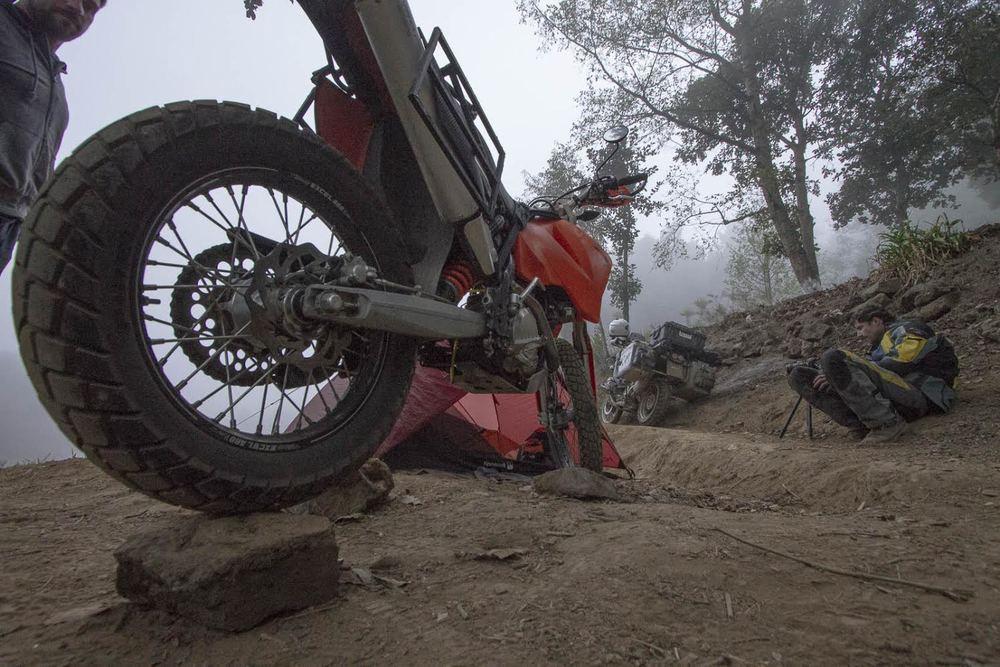 Yesterday we found a spot where there were no miners for filming the “campsite scene,” but it was hairy to get to. Single track on the heavy bikes… We filmed till sunset and getting down in the dark I almost threw my whale of a bike down the cliff. 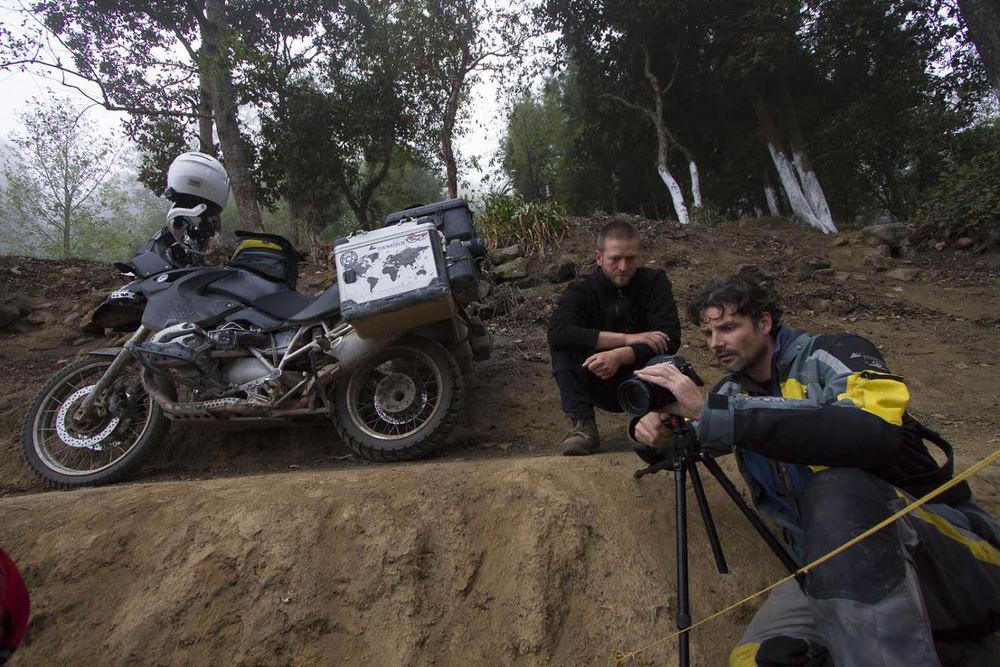 But it’s all good fun and adventure and everybody loved working on it.” – Daniel Rintz 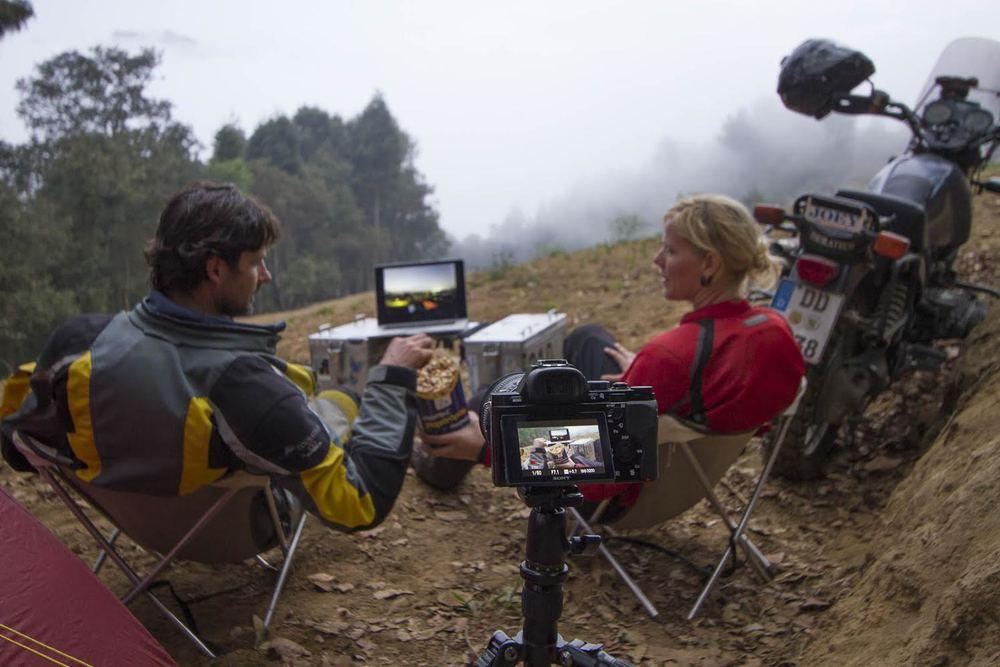 Read about their adventures HERE.