On a road trip… to India

Part of MFF’s grand plan has always been to bust through borders and boundaries to reach motoheads around the world – and we’ve wasted no time doing it. First stop – India, where event partner EVENTZ 360º will screen the best of the 1st annual MFF ’13 at the Freedom Ride, to be held in the city of Pune on Friday the 15th of August to commemorate India’s Independence Day. With over 750 riders expected to roll in on the day, MFF’s India debut is assured a massive audience of like-minded moto-crazies for the screenings of the four award winning films, The Build (Best Short Film), White Knuckle: The Motorcycle Cannonball (Peoples Choice), The Best Bar in America (Best Feature Narrative) and Why We Ride (Best Feature Documentary & Best In Fest). So if you happen to be in or around Pune this week, what are you waiting for? Take the ride. 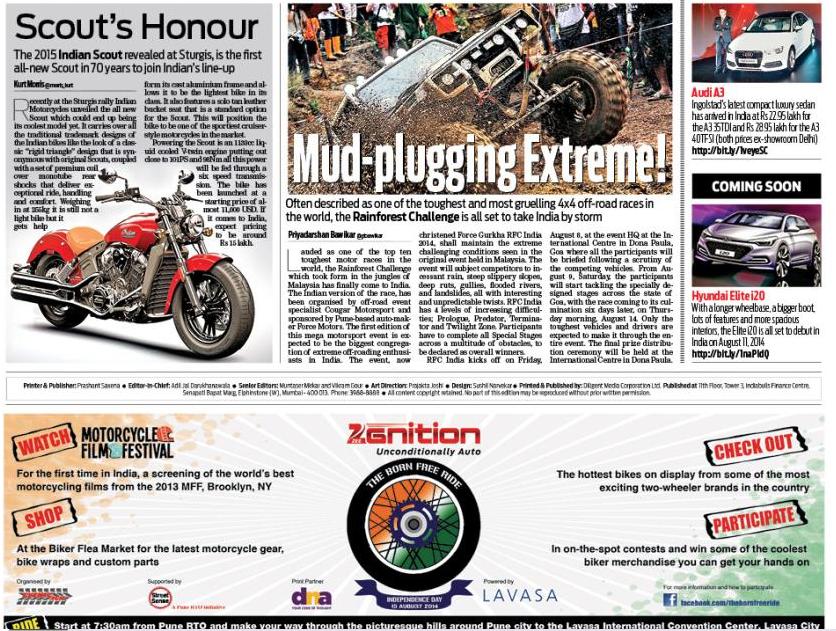 The Born Free Ride in the DNA India EPAPER