Checking in with Cam Elkins – Stories Of Bike 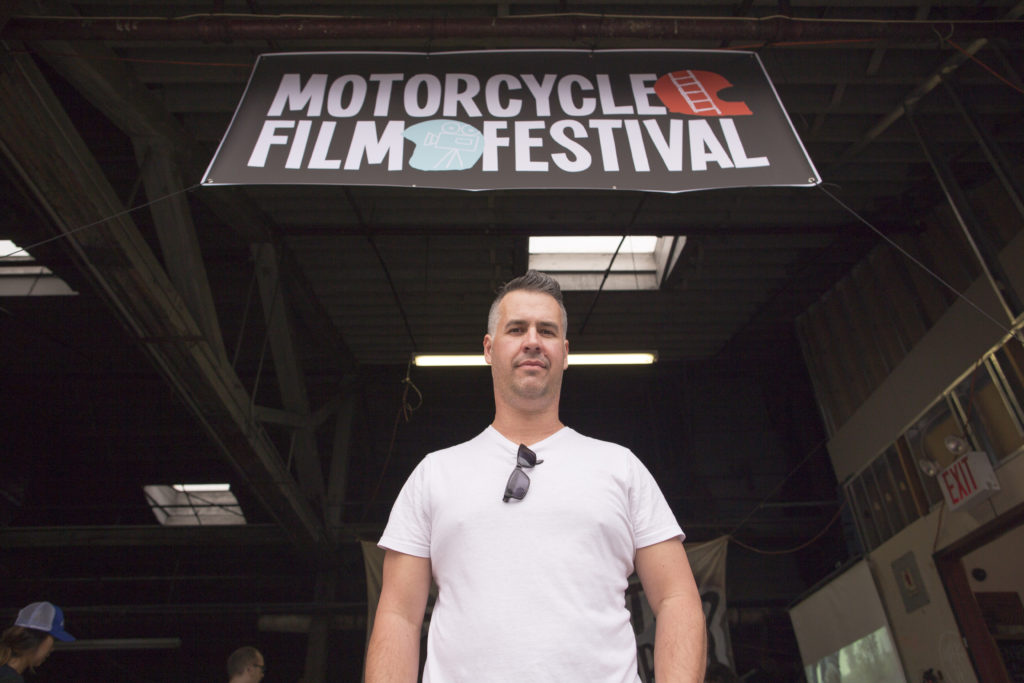 The Motorcycle Film Festival is built on one simple thing. The Motorcycle. It transports us from here to there. It gives us freedom. It pushes us to take chances, go farther, and test our limits. Motorcycles don’t define us, but they do become a part of us and it is this shared understanding of what they bring to our lives that brings the motorcycle community so close. For us, it’s this common bond and the relationship between Festival, Filmmakers and Audience that is the most rewarding. It’s a relationship that doesn’t end once the theatre lights go dim. It’s why we travel the world to bring the films to riders everywhere and remain in contact with all of the MFF Filmmakers. One of those filmmakers is Cam Elkins.

MFF: What new projects do you have in the works?

CE: Since I started Stories of Bike, the commercial work has really picked up. After I finished Discovery, I went on to shoot a couple of TVCs (one for a motorcycle insurance company, of course) and a stack of online content. I was also invited to help develop another Web series called The Leadership Show. I also went to the U.S. last year to shoot a new secret moto TV pilot, which I’m still editing. All of which has been keeping me pretty busy and away from doing more on Stories of Bike.

MFF: How has Stories of Bike progressed?

CE: When I first started Stories, I didn’t really have an idea of what it was going to be. All I knew was that I didn’t want to do stories about builders, but rather everyday riders. Yes, there are a couple of builder stories in there, but it’s about the reasons they ride and the particular aspect of their riding that makes their riding unique. Since then, I’ve wanted to refine this a little more and show more about who we are as people who also ride and how riding makes us see the world a little bit brighter than most.

I started shooting a little bit of Season 3 last year, but have only really been able to make some real progress in the last couple of months. So far I’ve shot 4 episodes and I’m about to head back to the U.S. in August to shoot 2 more. I’m hoping to round out Season 3 with 10-12 episodes along with a bunch of other experimental stuff, including a pay-per-view episode, new merch, and even a screening tour.

MFF: How many episodes are there now?

CE: I’ve made 18 episodes so far across 2 seasons, with a few trailers and bonus clips along the way.

MFF: Where can they be seen?

CE: They’re all up on my YouTube channel at www.youtube.com/storiesofbike or you can head to www.storiesofbike.com to watch the episodes and also get extra content like behind the scenes footage and more.

MFF: What have you discovered about yourself as a filmmaker and rider through making these films?

CE: Having only been regularly making videos for 4 years and doing it professionally for 2, you could say I started out late in the game. So, it would be safe to say that I’ve learned just about everything about being a filmmaker through the making of these Stories of Bike episodes. I started the series as a way for me to fast-track my filmmaking experience and build up the confidence to have my own style and make creative decisions without regret.

MFF: How did you find out about the MFF? What years and films have you been included?

CE: I can’t remember exactly how I found out about the MFF. I think I stumbled across it while searching for moto related film festivals that I could submit the series to. Either way, I’m glad I did. For two years running, I had 4 of my episodes selected to be shown in the 2014 and 2015 festivals.

MFF: Have you attended the Motorcycle Film Festival?

CE: I sure have! Through the amazing generosity of the moto community here in Sydney, I was given a surprise return ticket to NYC to attend the MFF in 2014. I had back surgery a few months before and missed out attending another festival where I picked up a couple of awards. Jodie, who is featured in Dream, didn’t want me missing out on another awesome event and rallied the community here to raise some money to send me over. I’ll never forget the day Jodie and a bunch of super cool mates sprung that on me at the Rising Sun Workshop. Actually attending the MFF was even better. I had the most amazing time.

CE: I just hope everyone can get along to the MFF. It’s a fantastic event with an amazing bunch of people.

MFF: Two episodes of Stories Of Bike ‘Discovery‘ and ‘Dream‘ which feature women riders, have been featured at the MFF and will travel with us to Petrolettes in Berlin, July 29-31. So we asked Cam what his experience has been filming with female riders as subjects?

CE: In my episodes, I’ve always wanted to treat women just like any other rider I feature. That might not sound like anything special, but it is because it’s still a bit of a rare thing. All of the women I’ve featured haven’t thought anything special of themselves and simply want to ride for the joy of it, but hope that more women join them in the future. I think perhaps the difference between the way that guys and girls ride is that guys can go riding for the sense of power on the bike and connection to the world around them, whereas women can do that too, but enjoy sharing that experience with others.