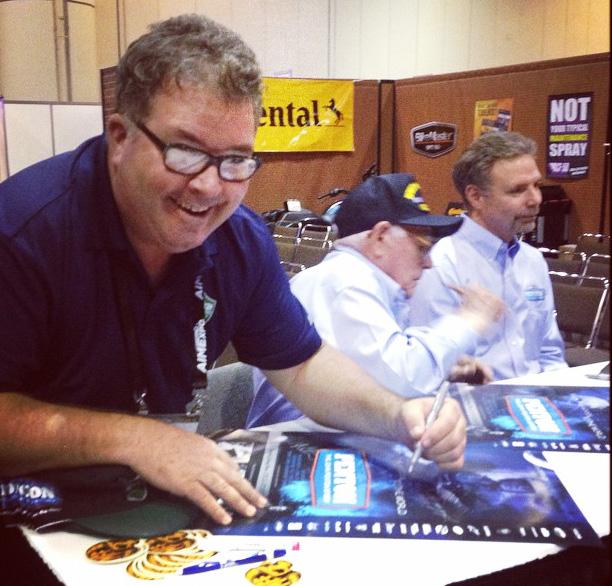 Todd Huffman with John and Jack Penton at AIM Expo

Last year “Penton: The Story of John Penton” showed in the MFF, winning Best Feature Documentary, and this year you have “The Carlsbad USGP: 1980.” Both of these films document men revolutionized Motocross in drastically different ways. What was it about these two that drove you to make these films?
Well, I have more of a motocross background than enduro/off-road so I knew about the Carlsbad USGP because as a kid I watched it on ABC’s Wide World of Sports. Back then, it was the only motocross on TV and you had to wait seven months after the actual race to see the TV coverage. But, I missed the 1980 race on TV as I was into other things at the time. It wasn’t until about 2007 when I saw the race on a crappy DVD copy that I realized that this was like motocross’ “Miracle on Ice” story (1980 Olympics Hockey, USA vs. USSR). Because Marty Moates took his own life in 2006 it made the story all that more special. For Penton, reading Ed Young Blood’s book “John Penton and the Off-road Motorcycle Revolution” in 2007 made me sit up and say, “Wow! Here’s a story to be told that many will find hard to believe”.

What draws you to Motocross, over drag or landspeed racing and time trials?
I grew up riding and racing motocross and dirt bikes so most of the historical figures I’ve covered were all heroes to me as a younger person. And, once you get these guys talking, their stories are like fine wine. It only gets better. 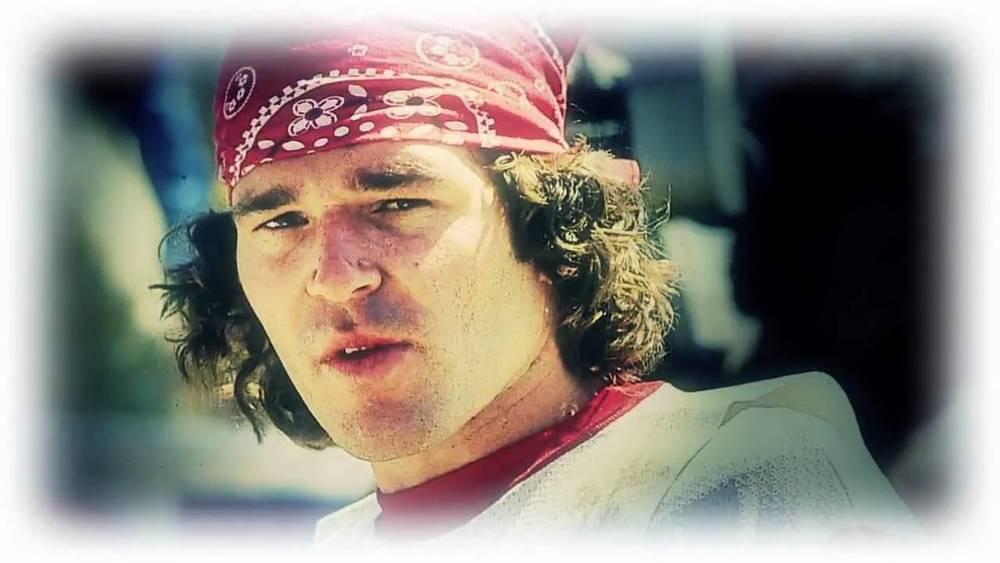 Both films rely on extensive archival footage and editing? Can you tell us about how you went about researching the footage and incorporating it into your particular narrative?
For the USGP we heavily relied on the actual TV footage that we licensed from ESPN/ABC. It was great story telling at the time with the race announcers really getting excited as the day unfolded. Plus we used a lot of family pics, movies, etc. from the Moates and other families plus stills from magazines, etc. This was also the first time we had to produce re-creations for footage and archival materials we didn’t have. Shooting a Marty Moates stand in and replica bike in the middle of the pits of a 2010 race for what was suppose to be 1980 was really fun and we did more of this in Penton. We always try to find the most accurate picture or archival film clip that matches the era of the particular story. It’s lazy to drop in a picture of John Penton from 1969 when you really need one from 1968. The bikes are different, clothing, etc. You lose the audience when you jump back and forth because a lot of our audiences are enthusiasts so they know…”Hey, that’s the not the right year BMW motorcycle”.

Documentaries are more than an objective relay of facts. What were your visions and goals of these unique stories?
It’s one thing to do a play-by-play of an event or someone’s life, but you need to create emotional threads that anyone can relate to whether they know anything about the subject or not. Big topics like family, determination, fear, anger, despair, triumph, etc. relate to all humans, and you look for stories that have those big themes that will make anyone smile or tear up. We like to say if we made some folks get a little choked up, we did our job.

What do you find to be the more difficult aspects of filmmaking?
Raising money. Hah! No that’s always hard. I think the hardest part with docs is knowing what and how much to cut down to a manageable length. It’s a brutal process and feels like you are cutting limbs off your children.

You were a professional BMX racer in the ’80s. Has that translated to motorcycles? What have you been riding, motorized or not, and where?
It only translated in that I got into BMX because we were too poor to afford motorcycles so BMX was new and the next closest thing. I ride motorcycles today and have a Yamaha 1200cc adventure bike that we travel with and a 450x Honda for playing around out in the desert. As far as pedaling goes, a mountain bike that doesn’t get ridden enough. Hah! 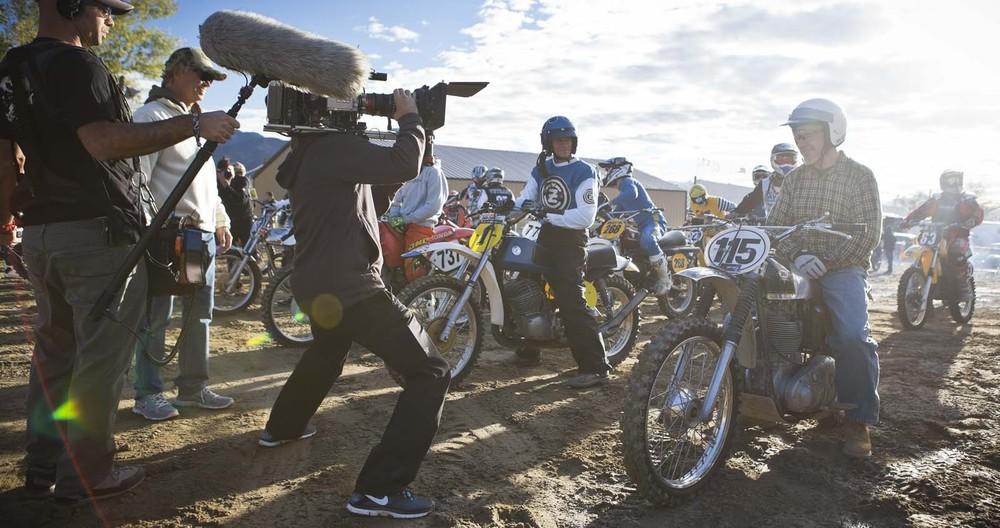 “On Any Sunday: The Next Chapter” screened at MFF 2014

You were also a producer of “On Any Sunday: The Next Chapter” which also screened last year at the MFF. How did you come about and what was it like to be involved?
I had produced and directed an episode of our TV series “The Motocross Files” and met Bruce Brown for that in 2007. I asked him if he ever considered doing another OAS film and he said, “Only if Dana (his son) does it”. When the 2010 Catalina Grand Prix event was going to happen I thought what a great event to kick off a new OAS. I contacted Dana Brown and he said, “Yeah, Let’s do it.” We shot there and eventually Red Bull took it over with Dana directing but we know we were the ones who got it going. Super neat to see if finally get on the big screen!

Are you working on anything now that you can share?
We just finished producing a TV commercial for Lucas Oil with the Indianapolis Colts’ Andrew Luck and we are getting another Kickstarter campaign going for our Catalina Grand Prix documentary which we hope to have ready for MFF 2016. Plus other things.

Will we be seeing you at MFF this year?
Possibly…a lot going on right now, so the film may have to speak for itself on Friday night.