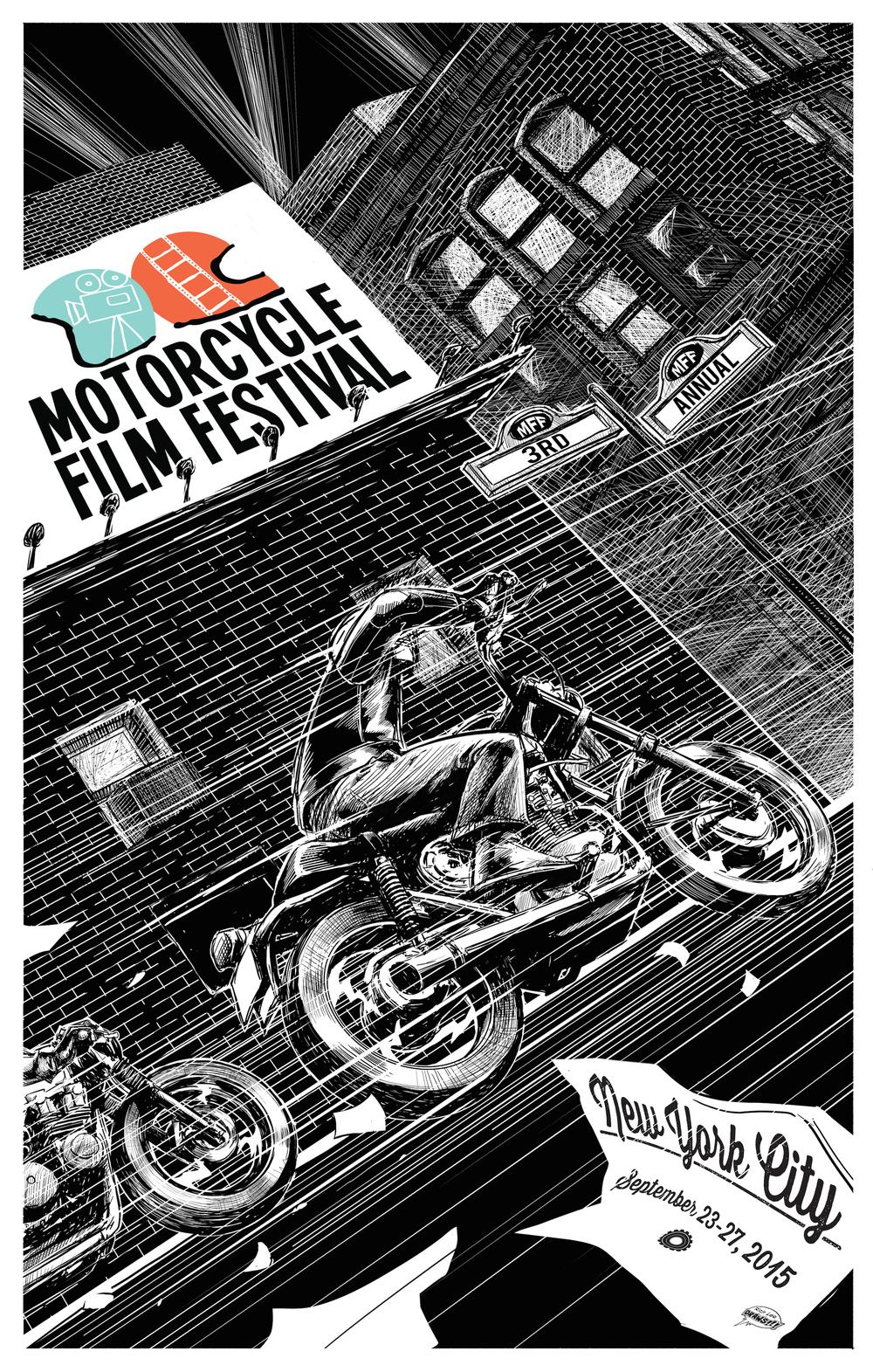 Here at the MFF, we’re thrilled to have collaborated with talented artists since day one. Three years later, we continue to build and grow these relationships and our family of artists.

This years poster is by Rich Lee, a versatile illustrator/graphic designer working in the San Francisco Bay Area. Our motorcycle centric fans may recognize his work from the covers of Cycle World, Dirt Rider, Hot Bike, Motor Cyclist, and more. Check out all of his work HERE.